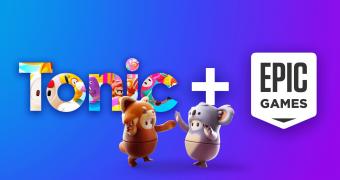 Fall Guys is one of the most successful stories in gaming history, almost to Minecraft level. The game developed by Mediatonic is played every day by millions of people on PC and PlayStation 4, and the fact that it’s been offered for free on Sony’s PlayStation Plus subscription helped a lot.

But once a smaller company achieves success, it becomes a target for the bigger companies that want a piece of the pie. In this case, it’s Epic Games the whale that swallows the smaller fish, but, hopefully, in a good way.

Epic Games announced earlier today that it has acquired Mediatonic and Fortitude Games, both of which are owned by parent company Tonic Games Group, for an undisclosed amount. In a blog post published today, Epic Games states that there won’t be any changes for Fall Guys players.

In fact, gamers will be able to pick up the game from the Epic Games Store as well. On top … (read more)