Encrypted phone company Sky has shut its communications platform down after BlackBerry, which provided services to the firm, cut them off, according to screenshots of Sky communications obtained by Motherboard.

The move comes after the Department of Justice indicted Sky CEO Jean-Francois Eap and an alleged former distributor of the phones for allegedly selling their devices to help international drug traffickers avoid law enforcement. Sky’s website now also displays a “This Website has Been Seized” banner, including the logos of the FBI, DEA, U.S. Marshals Service, and Royal Canadian Mounted Police.

“We will shut the services down in 2 hours to allow you find [sic] alternative communications,” the message, allegedly sent by Eap, said. Motherboard obtained two separate screenshots of the message sent to Sky resellers.

“Unfortunately BlackBerry has disconnected our UEM services,” the message read, referring to BlackBerry’s United Endpoint Manager service, which lets users manage their own enterprise devices, such as by pushing updates or certain apps to the phones.

Do you work for Sky? Are you a Sky customer? Do you have documents related to these arrests or the company? We’d love to hear from you. Using a non-work phone or computer, you can contact Joseph Cox securely on Signal on +44 20 8133 5190, Wickr on josephcox, OTR chat on jfcox@jabber.ccc.de, or email joseph.cox@vice.com.

“Your communication was not under security risk, but it can be in the future if they take full control of UEM and push compromised apps to the device. We are going to need to shut down the service to be extra precautionary,” the message added.

Sky is part of the encrypted phone industry, where various firms often take stock smartphone hardware, install their own encrypted messaging apps onto them, and sell them to customers for thousands of dollars for an annual subscription. Some companies, like Sky, also implement a remote wipe feature that lets the company remove a users’ messages if they lose physical control of the device, such as when it is seized by law enforcement. 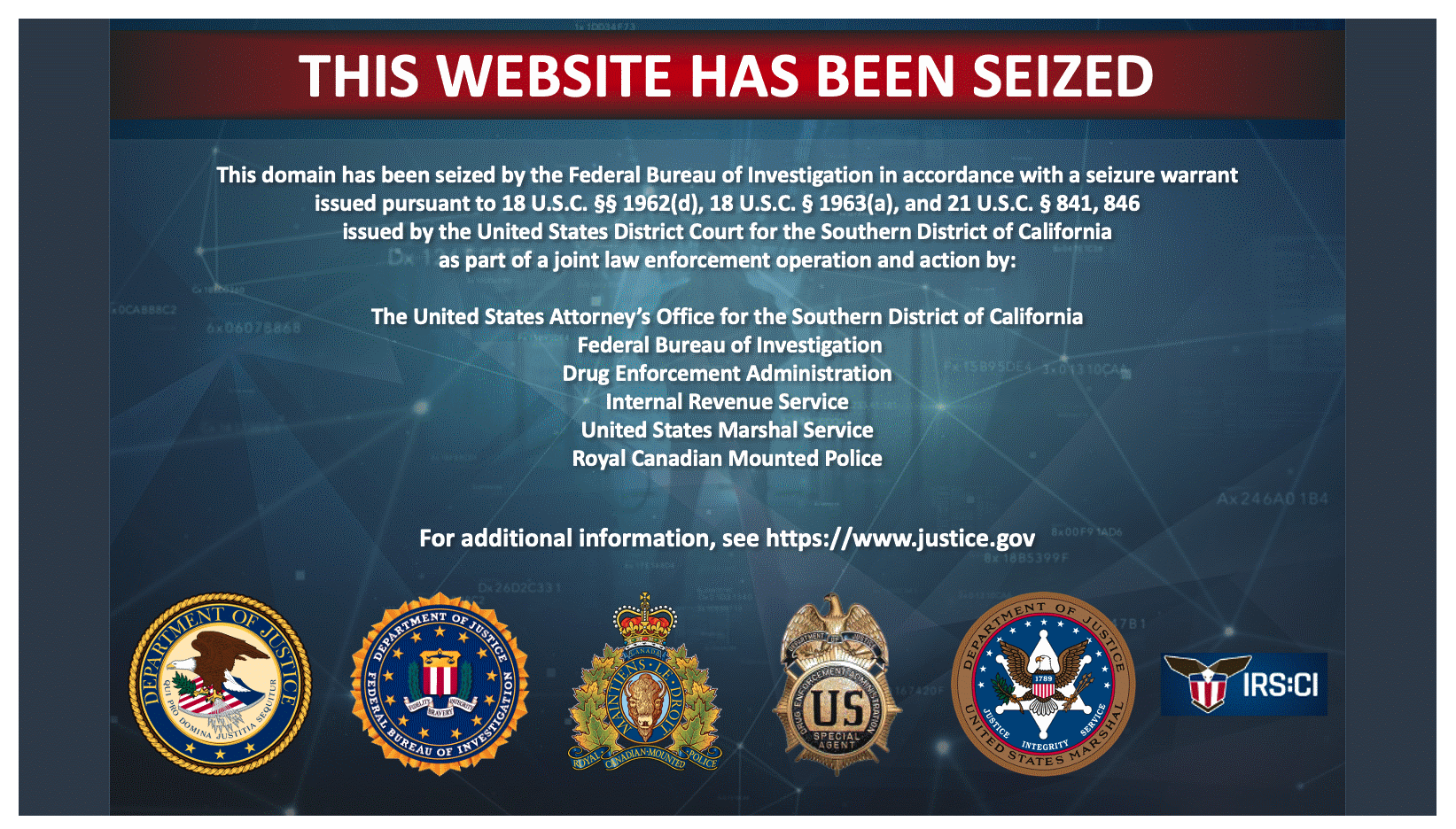 A screenshot of the seizure notice on the Sky website. Image: Motherboard

“The indictment alleges that Sky Global generated hundreds of millions of dollars providing a service that allowed criminal networks around the world to hide their international drug trafficking activity from law enforcement,” Acting U.S. Attorney Randy Grossman said in a statement announcing the indictment last week. “This groundbreaking investigation should send a serious message to companies who think they can aid criminals in their unlawful activities.”

Eap and Thomas Herdman, the alleged former distributor of Sky devices, are charged under the Racketeer Influenced and Corrupt Organizations Act (RICO), which has traditionally been used to prosecute mafia bosses. Sky is just the second encrypted phone firm the Department of Justice has prosecuted; it also previously targeted another firm called Phantom Secure.

After learning of the indictment, Eap told Motherboard that “The unfounded allegations of involvement in criminal activity by me and our company are entirely false.”