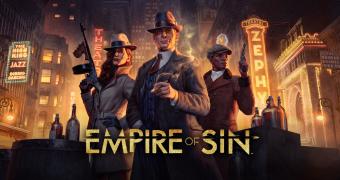 Sniper shots and explosives are a gangster’s best friend, regardless of the central role the Tommy gun was received in movies and books. Goldie Garneau, now known as Headshot, can thin the ranks quickly with her Killer Quinn triple attack. Gibby Willard has a nasty explosive surprise for anyone in cover. And then my two hired gun characters can deploy machine gun fire to take out anyone who is bleeding or moving to flank. This is just one of the tactical scenarios that can happen during the battle sequences in Empire of Sin.

The new release is a combination of strategy, management, and tactics created by Romero Games and published by Paradox Interactive. It takes players back to the era of Prohibition and challenges them to create a criminal empire in Chicago, after choosing from a variety of period bosses that aimed to dominate the city.

The best part of the experience is the high-level management. Certain buildings can become distilleries, speakeasies, brothels, … (read more)