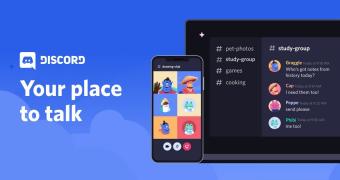 It’s April 1st and as we learned the hard way in the last few years, tech media has a hard time figure out what’s true and what’s not, especially because some companies out there still believe it’s fun to roll out announcements that are impossible to tell they’re fake.

Discord, on the other hand, has decided to go for a more straightforward prank this year, though the subject is definitely super-interesting for tech watchers out there.

The company has published a video titled “Announcing Partnership with Microsoft,” and while we’re not going to spoil the surprise, we must tell you from the very beginning it’s a prank.

On the other hand, Discord joking about a Microsoft takeover certainly makes some people raise an eyebrow, especially because the two companies have so far remained tight-lipped on all the rumors.

Speculation has it that Microsoft is interested in buying Discord, and people close to the matter suggested the c… (read more)