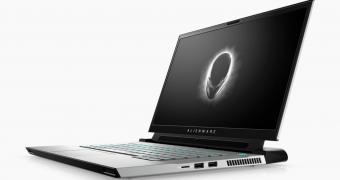 Dell is obviously one of the biggest names that attended the virtual CES 2021 event, and the company unsurprisingly came with some pretty huge announcements.

Among them there’s the debut of the new Alienware m15 and m17 laptops, both of them introducing a series of massive upgrades.

First of all, it’s the addition of an OLED panel on the 15-inch model, with the device now offered with a 15.6-inch OLED option alongside the typical 15.6-inch LCD version. The OLED panel, however, comes with a resolution of 3840×2160 pixels and a refresh rate of 60Hz, whereas the FHD sibling supports a refresh rate of 300Hz.

The new Alienware models are equipped with the next-generation NVIDIA graphics and can be equipped with up to 32GB DDR4 RAM, 4TB SSD storage in a RAID configuration, and an entire army of ports, including Thunderbolt and HDMI.

Microsoft too has praised Dell for today’s upgrade, explaining that all the im… (read more)