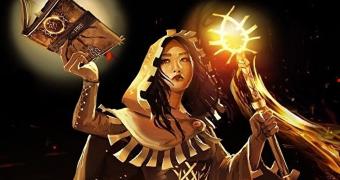 It looks like card games are trending since this COVID-19 pandemic started. The most recent one that we’ve learned about is called Trials of Fire and is made by Whatboy Games, a new studio founded by ex-Rocksteady developers.

Trials of Fire is a single-player, turn-based strategy game set in a post-apocalyptic fantasy world. As mentioned, the game is directed by the Lead Gameplay Programmer of Batman: Arkham Knight, Batman: Arkham City, and Batman: Arkham Asylum, and promises to plunge players into a huge and varied game world featuring a unique tactical, card-driven combat system.

In Trials of Fire, you control your Hero in battles and try to optimize their capabilities by taking advantage of powerful card synergies and combining t… (read more)