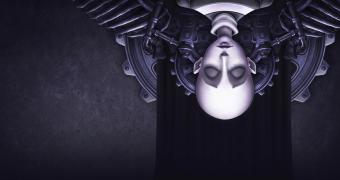 DARQ is a truly bizarre game: it revolves around a character that could pass as a skinnier and younger Fester Addams, it looks like a nightmare Tim Burton would suffer from, and showcases some scenes that would leave even Alfred Hitchcock speechless. But is this dark gem originally launched in 2019 worth revisiting? Read on to find out what improvements does the PS5 version brings to the table.

First and foremost do not expect a story, because there is none. The seven chapters of DARQ have a lot in common with Limbo or Inside, the developers focusing rather on the really heavy atmosphere and the puzzles. Each chapter is actually a nightmare, starting after Lloyd, our hero, goes to bed.

The room where our young man lays his head to rest looks creepy enough from the get-go, but they are tame compared to the surroundings of his nightmares, and creatures he will encounter. The design of the game will truly make your skin crawl. After completing each nightmare scenario,… (read more)