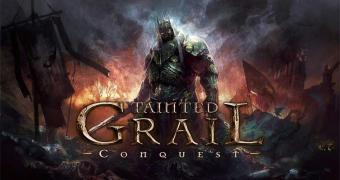 Awaken Realms, the folks behind Kickstarter hits such as This War of Mine: The Board Game, Lords of Hellas, Nemesis, Tainted Grail: Fall of Avalon, and Etherfields, has just revealed that their next video game, Tainted Grail: Conquest will exit Steam Early Access on May 27.

To celebrate the launch announcement, Tainted Grail: Conquest is on sale for 20% off on Steam today through May 6, so if you’re interested in deck-building roguelikes, you’ll want to hurry while the sale is still live.

As the title says, Tainted Grail: Conquest is a dark roguelike RPG that uses card mechanics. For those unaware, the game is based on the deep and immersive universe from Awaken Realms’ board game Tainted Grail: Fall of Avalon, and promises to offer a unique blend of narrative-driven RPG and deck-building roguelike.

In Tainted Grail: Conquest, players will explore an ever-changing map set on the cursed… (read more)

Your TikTok login will soon work with other apps

Did our ancestors kill all the island megafauna?