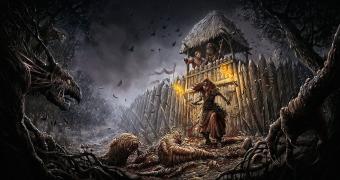 According to developers, the game is scheduled for release on PC (via Steam) in 2022. What makes Gord unique is the blend of survival, quest, and city-builder elements, which should keep players entertained as they play through the procedurally generated scenarios.

In Gord, players must complete quests and manage a populace whose personal stories and well-being impact the fate of the settlement. You’ll be leading the people of the Tribe of the Dawn as they venture deep into forbidden lands and ensure the survival of your populace in a grim fantasy world inspired by Slavic folklore.

Thanks to the city-builder with survival elements, you’ll be able to grow your gord from a humble settlement to a formidabl… (read more)