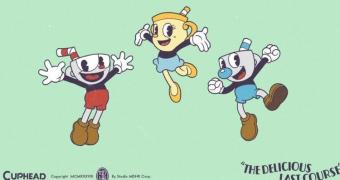 Delaying a game is not a good thing, but it’s the best decision if that means the game will be better and the people working on it won’t be exposed to crunching. In that regard, the fine folks at Studio MDHR announced the highly-anticipated Cuphead DLC that’s supposed to wrap up the story, The Delicious Last Course has been delayed into 2021.

Unlike other developers, Studio MDHR didn’t postpone the release of the DLC due to Cyberpunk 2077’s upcoming release. Instead, the developers cite challenges raised by the global pandemic and its inability to cope with them and meet deadlines at the same time.

“While the Delicious Last Course is a continuation of Cuphead and Mugman’s grand adventure, it’s also a conclusion to the story that began on that fateful day at The Devil’s casino. In true Studio MDHR fashion, we aren’t content for this final chapter to be anything less than our best work. Throughout development, we’ve challenged ourselves to put everything we learn… (read more)