Conquer the Skies of the Great War in Red Wings: Aces of the Sky 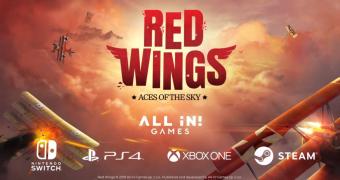 Red Wings: Aces of the Sky is an upcoming game developed and published by All in! Games. If you’re passionate about World War I history, you’re going to love Red Wings, an arcade action game that lets you pilot planes over Europe.

The game is set for release in 2020 on PC, PlayStation 4, Xbox One and Nintendo Switch, but you can already wishlist it on Steam if you want. However, before you do that, you might want to take a look at the brand-new live-action trailer for Red Wings: Aces of the Sky released today by the fine folks at All in! Games.

In Red Wings: Aces of the Sky, you’ll become a flying legend of the Great War and pilot warplanes of Entente Powers and the Triple Alliance. Maybe a little bit of history is in order since we’re talking about a game that is trying to recreate World War I dogfights.

In the beginning of 1917, Manfred von Richthofen became the leader of the No … (read more)

Sony Xperia 2 could be a 5G phone, and it may be the first with a 4K screen

‘Pwnagotchi’ Is the Open Source Handheld That Eats Wi-Fi Handshakes

This is a Windows 10 phone that can run Android apps