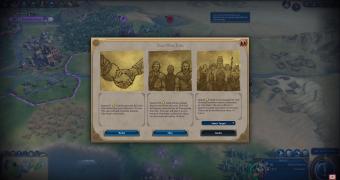 Firaxis continues to push out important updates for Civilization VI, its most recent strategy game. After a handful of expansions and at least a dozen of free updates, Civilization VI players are getting an important content addition that brings a new game mode, balance adjustments, as well as other changes based on feedback from players.

Before we deep dive into what’s new in the update, let’s just mention that the February update is set to go live on February 25, and it will be available for free to anyone who owns Civilization VI. You don’t have to own any of the expansions released until today, just the base game.

Now, this month’s update adds an important, yet optional, game mode: Barbarian Clans. Also, Civilization VI players are getting the Leader Selection Pool, and, as mentioned before, several balance adjustments.

The new Barbarian Clans mode is supposed to completely change how players interact with the Barbarians. Basically, the upcoming mode introduce… (read more)

WandaVision Episode 8: 22 Easter Eggs, References, And Clues From “Previously On”