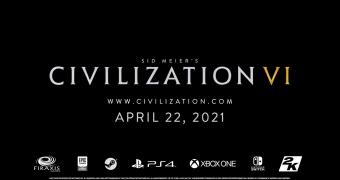 Developer Firaxis has just revealed what’s coming for Civilization VI players later this month. So, in the final April game update, which is scheduled to go live on April 22, players can expect some much-needed balance adjustments, as well as new content.

First off, the April game update adds three brand new units available for all civilizations, two new True Start maps, and naval AI balancing that raises the stakes for travel on the high seas. Since the game received multiple new leaders and civilizations in the last couple of months, the fine folks at Firaxis revisited several existing civilizations to ensure balance.

The April update should include balance adjustments to the following civilizations: Spain, Khmer, China, Mapuche, Canada, Georgia, and others. However, full details about the changes coming in the update will be available when the patch notes will be published later on.

The three new units available for all civilizations are the Line Infantry, Man-… (read more)