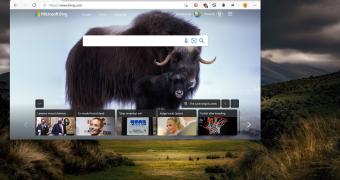 Microsoft rolled out Windows 10 build 21313 earlier today, and one of the biggest changes is the demise of Microsoft Edge Legacy.

The browser, originally called Project Spartan and offered as the default browser in the early days of Windows 10 on the market, is being replaced by its Chromium-powered sibling.

The new Microsoft Edge version runs on the same engine as Google Chrome and is available on more platforms, including Windows 7, Windows 8, Windows 8.1, Linux, and macOS.

“And if you’d like to try out upcoming features in Microsoft Edge, join the Microsoft Edge Insider Program. Be one of… (read more)

PS5 And PS4’s Most-Downloaded Games In February Include GTA 5, FIFA 21