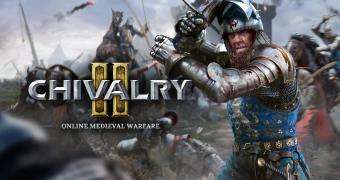 Developer Tora Banner Studios has just announced Chivalry 2 will be coming to PC, PlayStation 4, PlayStation 5, Xbox One, and Xbox Series X/S on June 8. The game will feature cross-play support for all platforms, although PC players will only be able to purchase Chivalry 2 via Epic Games Store.

As the title says, pre-ordering the PC version of the game will offer players guaranteed access to the Chivalry 2 cross-play closed beta event beginning March 26. Digital pre-orders for PC already live for both the standard edition of Chivalry 2 ($40 / €40 / £35) and the Chivalry 2: Special Edition ($50 / €50 / £45).

Pre-ordering either of the two versions of Chivalry 2 will offer players some freebies too, not just access to the upcoming closed beta. For example, the standard edition pre-order of Chivalry 2 will grant players the Royal Zweihänder weapon skin.

On the other hand, the Special Edition, offered for digital pre-order only, comes with a bucketload of additional e… (read more)