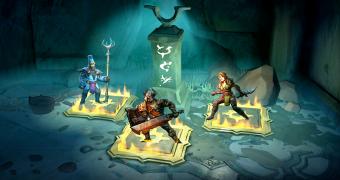 Blightbound, the multiplayer dungeon crawler in development at Arcane Glamour, is getting one of its biggest updates since release. The game tasks three heroes to face the abominations of the Blight, a mysterious and corrupting fog that covers the land.

The update announced this week promises to bring a wealth of additions and improvements, thus adding a tangible air of prestige to the character ranks, as well as brutal new randomized foes and major gameplay features that players have been waiting for for quite a while.

More importantly, the update introduces a new area ready to be explored by the three heroes in the Underhold. Obviously, the new area is inhabited by new horrors and even a new boss: Haäken, the jailed.

Two new enemies are also included in the update – the Elusive Wretch has greatly and the imposing Sinful Totemist – which have recently been making the lives of many adventurers on the battlefield more difficult.