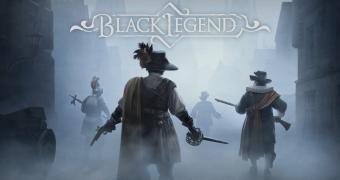 My four-strong party surrounds an enemy character from all sides. One character throws a rock, another a dagger, my third one stabs him in the back and triggers a cascading effect that takes this cultist down. The other three are well-positioned to gang up on at least one of my own party members. But good use of my abilities and some healing will probably get me through this battle.

Black Legend is a party role-playing game with turn-based combat. Warcave handles both the development and the publishing of the title. I played it on the PC via Steam but it is also offered on home consoles from Microsoft and Sony and the Nintendo Switch.

The game has all the elements of its genre. Gamers manage a party of four, with armor, weapons, and accessories that can be equipped. Enemies come in groups and initiative is used to create a battle order. Players have to deal with a relatively tight action economy, attacking about once per turn and positioning to get as little damage… (read more)