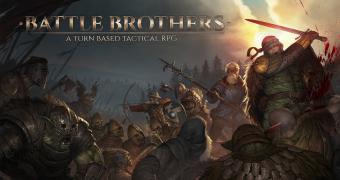 I’ve played Battle Brothers for several dozen hours on PC when it launched three years ago, so when I heard the game is going to be ported on the Nintendo Switch, I thought it’s the perfect excuse to jump back right in.

To describe my experience with Battle Brothers after I’ve played so many hours on PC would be a bit unfair for new players, so I’m going to try and touch only those aspects that I think will be useful for newcomers to the franchise.

If you’ve decided to pick up Battle Brothers on the Switch, you should definitely select the easiest difficulty, not necessarily because the game is very hard, but mostly for the things, you’ll learn by trial and error. On the surface, Battle Brothers might seem like an ordinary turn-based tactical RPG sprinkled with some resource management elements. Don’t be mislead by the game’s description though.

Battle Brothers is one of the most complex RPGs I’ve played, and I’m playing these types of games quite often since it’s… (read more)

PlayStation 5 game storage will apparently continue to be a nightmare

For many, COVID-19 vaccines come with a side of side effects

Tech workers at The New York Times have formed a union