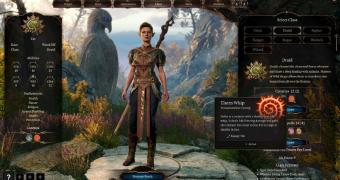 Great news for Larian fans, as the studio behind the Divinity Original Sin franchise, has just revealed the contents of the huge Baldur’s Gate 3 patch that should hit PC later today. The highlight of the upcoming patch is the new Druid class, something that many D&D fans have been asking for a very long time.

Also, Druid players get to choose between one of the two Circles that will allow them to focus on various aspects of their class. Druids belonging to the Circle of the Land are connected to arctic wastelands, sunny coasts, scorching deserts, fair forests, and tall mountains. Based on what type of geography they… (read more)