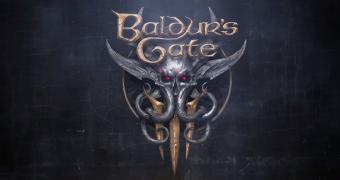 For those who don’t know, Wizards of the Coast agreed to lend Larian Studios, makers of Divinity Original Sin, the Baldur’s Gate franchise just this one time. Yes, we’re actually going to have another Baldur’s Gate game, and the fact that it’s made by veterans of the cRPG genre can only be more exciting.

Unfortunately, when Larian Studios announced last year that they will be making Baldur’s Gate 3, it didn’t reveal anything else apart from a very short cinematic trailer. However, they promised to be back with more information once they have a clear roadmap and something major to show.

Today, Larian Studios announced that the highly-anticipated gameplay reveal of Baldur’s Gate 3 is set for February 27. Larian’s Creative Director Swen Vincke, along with a very special guest, will be playing live on stage at PAX East 2020 and will reveal more about the story, mechanics, and the answers to much-asked questions.

This Fluent File Explorer Should Be a Native Windows 10 Feature

Windows 10 search is now fixed, after being completely broken for many

Here's how you can help homeless communities during the coronavirus pandemic: https://cnn.it/2RebUI7

In a time when a high level of precaution is necessary, here are four things we've learned on how to effectively communicate in a remote organization and the tech you need to do it.

WhatsApp is trying to stem the rapid spread of coronavirus misinformation by placing new limits on the number of times a forwarded message can be shared simultaneously. https://cnn.it/2V7lu0s