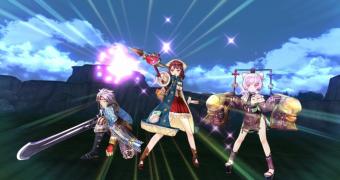 Fans of the Atelier series have been spoiled this start of the year, as GUST Studio now only launched the sequel to Atelier Ryza, but also revealed a brand new trilogy that will be coming to consoles and PC in just a few months.

Although they are older Atelier games, GUST Studios will include a large amount of the previously released DLC for the titles in the pack, as well as all-new content for the DX versions, such as a special digital artbook, photo modes, and the option to speed-up battles.