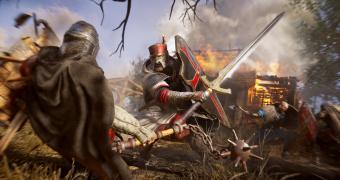 If you thought you’re done with Assassin’s Creed Valhalla after many, many hours, think again. Ubisoft wants us to return to one of the most popular titles in the franchise to try out a new game mode and a bunch of other improvements.

The so-called Yule Season update brings additional free content to the game for all players, including a new game mode, Jomsviking upgrades, new abilities and rewards, and two new unlockable buildings in the Settlement – the River Raid Dock and the Jomsviking Hall.

The new River Raids game mode lets players experience raiding in Assassin’s Creed Valhalla whenever they wish. The mode provides access to higher-stakes raids, with unique maps and rewards, in which the player can raid without impacting their main game progression and alliances in England. Unlike the original raiding feature, the raiding crew can be temporarily lost if players don’t revive them during the raid.