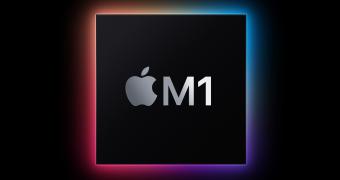 Apple has recently launched the M1 chip, and the first wave of devices using it are out there in stores, but the company is already working on the next-generation Apple Silicon.

And right now, this is referred to as M1X, which according to people familiar with the matter, is already in the works.

A leak from LeaksApplePro on Twitter (via WinFuture) indicates the Apple M1X will deliver insane performance, as it’s substantially faster than the first-generation Apple Silicon.

The new chip will come with a total of 12 cores, out of which 8 will be specifically optimized for high performance, while the other 4 will be used for power efficiency.

The first device to get the new M1X chip is a 16-inch MacBook Pro, and the leak indicates an announcement in this regard would be made in a press release. In other words, Apple won’t be holding a dedica… (read more)