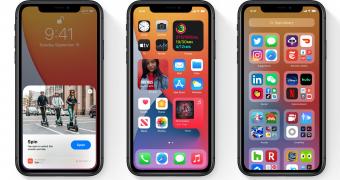 Apple has recently shipped the RC build of iOS 14.5, and now the company has confirmed that a new major software update for iPhone and iPad would launch next week.

In other words, we’re now just a few days away from the moment the new OS update would go live, and users who can’t wait for the production debut of iOS 14.5, can now download the release candidate to try it out early.

Without a doubt, this new OS version is the biggest release since Apple shipped iOS 14 last fall. And the company itself provides a summary of what to expect in the upcoming operating system update.

“iOS 14.5 includes the option to unlock iPhone with Apple Watch while wearing a face mask, adds support for AirTag, and introduces separate skin tone variations for emoji with couples. Siri adds more diverse voice options, and App Tracking Transparency lets you control which apps are allowed to track your activity across other companies’ apps and websi… (read more)