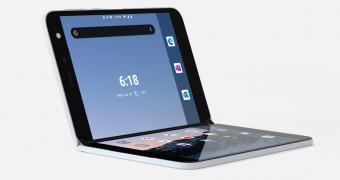 We’ve known for a while Apple is working on a foldable iPhone, and while the Cupertino-based tech giant remains tight-lipped on the matter, people familiar with the project say the company is making substantial progress on this highly anticipated release.

Now top Apple analyst Ming-Chi Kuo says Apple is expected to launch a foldable iPhone by 2023, though he emphasizes everything depends on the market performance of the company this year.

Very little is known at this point about this exciting device, but Kuo says the device would feature a screen of around 7.5-inch to 8 inches.

Most likely, this is the screen size when the iPhone is not folded (in tablet mode), so overall, the device could be much smaller.

Apple, a big fan of the Surface Duo design

By the looks of things, Apple is very interested in adopting an approach that looks and feels like Microsoft’s Surfa… (read more)