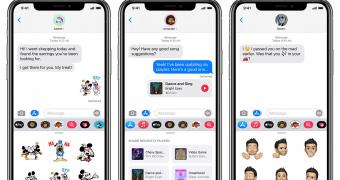 iMessage is one rather popular messaging platform, but unfortunately for almost everybody, it’s only available on Apple’s ecosystem, so technically, it can only be used by those with an iPhone, iPad, or Mac.

And when I said almost everybody, I didn’t mean Apple too, as the Cupertino-based tech giant reportedly believes that bringing iMessage to Android would actually do more harm than good for the company.

This is what software chief Craig Federighi allegedly said when discussing the possibility of such a release, explaining that “moving iMessage to Android will hurt us more than help us, this email illustrates why.”

The comments have been revealed as part of the legal war between Epic and Apple and at some level, it shows that iMessage on Android isn’t necessarily something that comes down to technical struggles but to Apple not willing to expand its messaging platform.