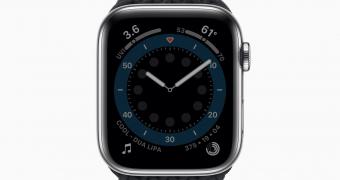 Apple is reportedly planning a more rugged version of the Apple Watch that could see the daylight as soon as this year.

While very little information is available at this point, Bloomberg notes that the purpose of this Apple Watch is to be more durable, thus being offered specifically at athletes and people who need a smartwatch for more challenging activities, such as hiking.

But on the other hand, it looks like this Apple Watch, which Apple employees currently refer to as Apple Watch “Explorer Edition,” would only introduce a new more rugged look, with the features under the hood to be mostly the same as on the current models.

A rubber case that would increase the shock resistance is likely to be used instead of the current materials currently available on the Apple Watch.

To launch later this year

The Series 6 is offered … (read more)