Apple Could Launch the iPhone 9 in April Despite COVID-19 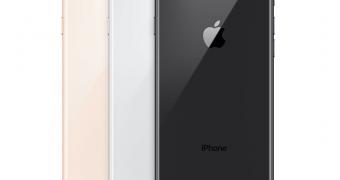 Apple is reportedly considering rolling out the new iPhone 9 in April, according to unofficial information.

Previously, it was believed the iPhone 9 was scheduled for late March, but it’s pretty clear at this point that this deadline won’t be met. And the coronavirus outbreak is probably the main reason, as Apple must find a way to bring a new iPhone to the market without sales being impacted massively by the virus.

YouTube Jon Prosser said in a tweet today that Apple confirmed in a briefing that the iPhone 9 will be ready to ship in April, albeit the actual date of the launch isn’t yet decided.

The Cupertino-based tech giant is still looking into its options – worth emphasizing is that a device ready to ship doesn’t necessarily mean it ships the same month; the parent company can hold it back for as long as it wants.

But according to Prosser, Apple actually wants to launch the iPhone 9 next… (read more)

There is no reason Julian Assange shouldn't be released. Strap an ankle monitor on him if need be--don't think one of the most surveilled individual on the planet can successfully flee https://twitter.com/DannyShawBBC/status/1247513370665852928

Two weeks ago: Judge refused bail to #JulianAssange saying that he, and all other prisoners, would be safe in Belmarsh Prison (@hmpbelmarsh). Today the BBC is reporting first death in Belmarsh, with many other prisoners infected.

New York Gov. Andrew Cuomo says at least 5,489 people across the state have died from coronavirus — that's up from 4,758 yesterday. "That is the largest single day increase," he said. There are 138,836 total cases in the state. https://cnn.it/2UQiiaD

Natalie Wood: What Remains Behind celebrates the iconic actor’s career and the compelling details of her personal life through interviews with those who knew her best.

The documentary premieres May 5 at 9PM on @HBO. #NatalieWoodHBO @nedlandmedia @amblin

Local grocers and big chains alike are deploying robots to clean floors, stock shelves and deliver groceries to shoppers during the coronavirus. https://cnn.it/2UOwscc