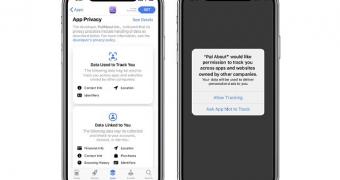 Apple’s anti-tracking capabilities bundled with iOS and supposed to block cross-app tracking and reduce the data apps can collect from users could soon make its way to Android in one way or another.

That’s according to people familiar with the matter, who told Bloomberg that Google is currently looking into ways to boost the privacy of its users with similar capabilities.

However, at first glance, it looks like Google doesn’t want to embrace Apple’s extreme approach but go for a friendlier implementation, and the company is currently working with third-parties to figure out a way to introduce the new feature without having a big impact on app developers.

Facebook is one of the companies that have criticized Apple’s implementation of the new privacy prompts, expl… (read more)

The Elder Scrolls V: Skyrim Is Getting A Board Game