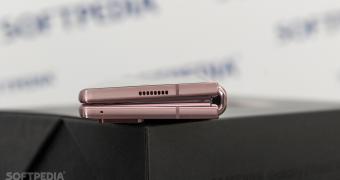 It’s late December, and this is the time Samsung typically starts pushing new Android versions to its devices. And while the Galaxy S20 and Galaxy Note20 already received the update, it now looks like the rollout has also started for the foldable device lineup.

A report from SamMobile reveals that the Galaxy Z Flip 5G is getting the One UI 3.0 update with Android 11 right now, with Switzerland apparently the first country to receive it.

The new firmware version lands as F707BXXU1CTL6 and is available from the phone update section on the foldable device.

Samsung is apparently working around the clock to make the Android 11 update available to as many devices as possible, despite some of them originally supposed to receive the new version in early 2021.

For example, the Galaxy S20 FE was scheduled to get the One UI 3.0 update in Janua… (read more)