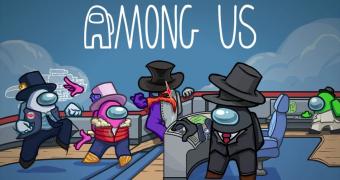 The critically-acclaimed social deception game Among Us is leaving the confines of the PC platform and taps into new audiences, as developer Innersloth announced the game will be coming to PlayStation 4 and PlayStation 5 later this year.

Among Us offers a simple and fun gameplay experience where a group of up to 10 players must identify two impostors among them to win the game. The fine folks at Innersloth explain that the game was initially launched “as a teeny, local, mobile-only game,” but it was lucky enough to be picked by high-profile Twitch streamers who made it famous.

We also get to learn that Among Us is partially based on a game one of the studio’s co-founders, Marcus, played as a kid where you’d draw role cards and roam a house aimlessly while another person secretly “killed” players by drawing a finger across their neck.