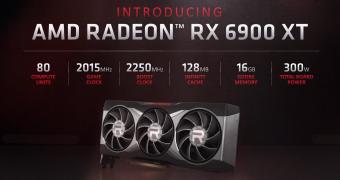 AMD just delivered a new version of its Radeon Software Adrenalin 2020 Edition Graphics driver, namely the 20.12.1 (20.45.01.28) package, which implements support for the new Radeon RX 6900 Series GPUs, as well as for the latest Cyberpunk 2077 title.

However, bear in mind that the present update might still encounter some issues with Metro Exodus, Shadow of the Tomb Raider, Battlefield V and Call of Duty: Modern Warfare games, and other problems as highlighted in the Release Notes below.

Regarding compatibility, there are two downloadable files suitable for both desktop and notebook configurations running under one of Microsoft’s Windows 7 and 10 OSes (only 64-bit architectures… (read more)

5 mins ago
wpDiscuz
Share this Article
Email sent!
We use cookies to ensure that we give you the best experience on our website. If you continue to use this site we will assume that you are happy with it.OkNo