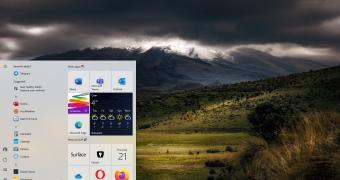 Microsoft is projected to release a new Windows 10 feature update in the spring, and the closer we get to this moment, the more information indicates this won’t be a significant update.

In other words, the upcoming Windows 10 version 21H1 is projected to be just a small release, which means it’ll land in the form of a cumulative update with the focus on under the hood improvements and less on new features.

And while Microsoft hasn’t shared any details in this regard, the company has actually included some evidence in the recently-released Windows 10 cumulative update KB4598291.

As discovered by German site DeskModder, this cumulative update hints at an enablement package for Windows 10 version 21H1, which means this release will be just a small pack of improvements.