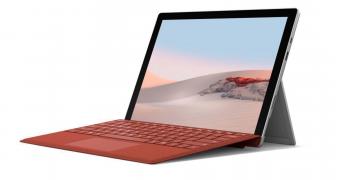 Microsoft’s next big launch in the hardware market isn’t necessarily the international debut of the Surface Duo Android device, but the Surface Pro 8, which is expected to see the daylight as soon as this quarter.

And according to information we’ve received in the past, the Surface Pro 8 is expected to come with pretty much the same design as its predecessor, so theoretically, Microsoft would just focus on improvements under the hood and nothing more.

What this means is the Surface Pro 8 would be more of a hardware refresh and less of a completely new generation, an approach that could actually end up disappointing the most hardcore fans out there.

In the meantime, the good news is the Surface Pro 8 could also come with new capabilities, and a recent report pointing to official documents filed by Microsoft reveals that LTE support is all but confir… (read more)