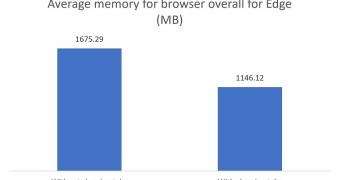 Microsoft Edge is a grown-up browser now, and despite already being available on Android, iPhone, Windows, Linux, and macOS, Microsoft doesn’t want to rest on its laurels.

So what the company does right now is to invest in new technologies that would help make the application even more advanced, regardless of the platform where it runs.

One of the areas where Microsoft is putting a lot of effort into getting right is resource optimization, and earlier this year, the company announced a new feature specifically created with this purpose.

Called sleeping tabs, this tool is already bundled with the testing builds of Microsoft Edge, and it pushes the concept of suspending inactive tabs even further.

“Sleeping tabs builds upon the core of Chromium’s “freezing” technology. Freezing pauses a tab’s script timers to minimize resource usage. A sleeping tab resumes automatically when clicked, which is different than discarded tabs, which require the page to fully be reloade… (read more)