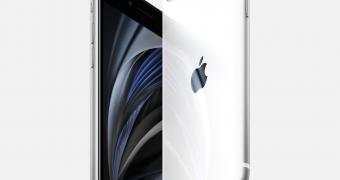 Apple was originally expected to unveil a new iPhone SE this year, but it looks like the plan has already changed, so the soonest we’re going to get a refresh of this more affordable device is the spring of 2022.

And Ross Young of DisplaySearch says this is indeed likely to happen, though as it turns out, the upcoming iPhone SE model wouldn’t bring any substantial upgrades as compared to the existing version.

So if you were hoping for things like Face ID, a notch, or a fingerprint sensor embedded into the glass, you’d better not hold your breath for such novelties.

Young says on Twitter that there’s a good chance the 2022 iPhone SE retains the LCD screen, so it won’t make the switch to OLED either. It’ll continue to measure 4.7 inches in size, so most likely, it’ll feature a home button with an integrated Touch ID sensor as well.