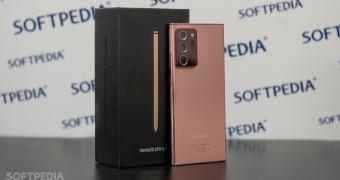 Big changes are coming for Samsung fans next year, as the company is rethinking its smartphone strategy with a new lineup of high-end models.

First and foremost, it’s the Galaxy S21, the model that will be announced earlier than usual, with people familiar with Samsung’s plans indicating the whole thing could happen in mid-January. If this is indeed the case, then the Galaxy S21 should go live for everybody in late January.

One massive change on the Galaxy S21 Ultra will be the addition of support for the S Pen, the fantastic accessory that has until now been used as a differentiating factor for the Galaxy Note.

Worth knowing, however, is the S Pen wouldn’t just come with the S21 but be sold separately. The S21 Ultra wouldn’t offer a dedicated slot to carry the stylus around, so it’ll be interesting to see how Samsung deals with this shortcoming.

As everybody knows already, the Galaxy Note and Galaxy S series shared most of t… (read more)